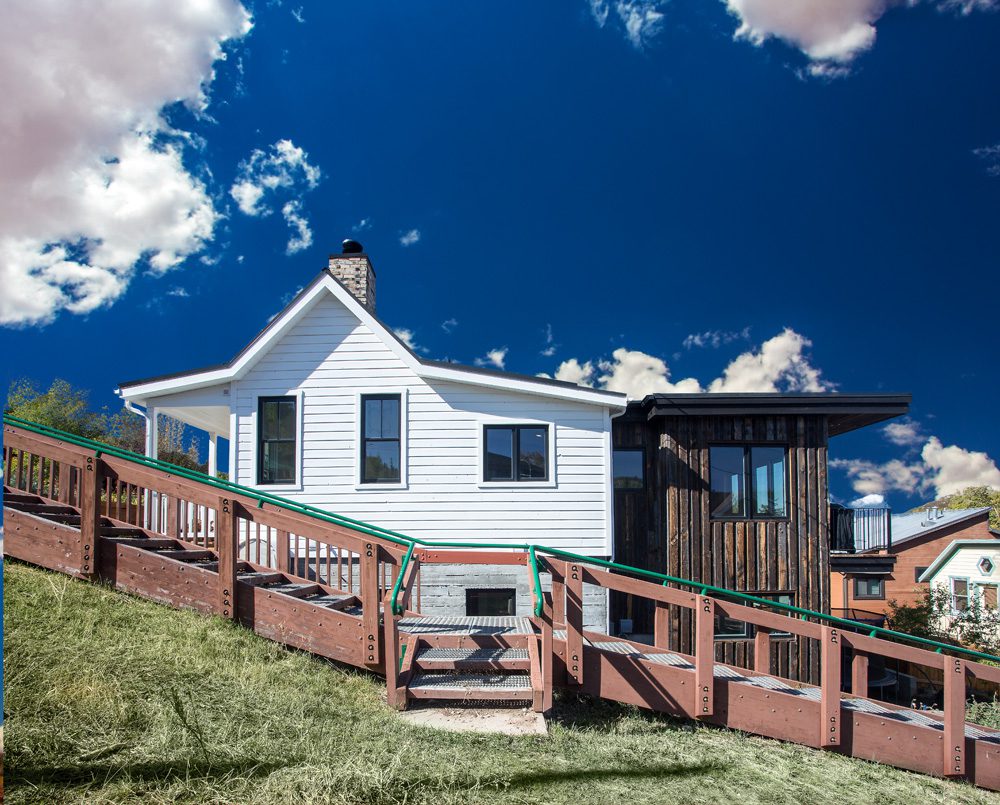 words and photos by: Scot Zimmerman

The front of white wood sided historic home faces Norfolk Avenue with its cheerful covered porch in much the same modest manner it has for a century, although it has been lifted for more space in a floor beneath and a slate-colored garage is new to the side. A new entrance is opposite the garage.

At the front of the home, an intimate family room occupies what was once almost the entire space of the historic home with pillows for the children to have quiet time by the fireplace.

A cabinet forms a half wall to partition the family room from the kitchen. The bright white ceiling and wall color unite all the living areas on the floor.

A supporting wall separates the kitchen and the stairway. John Ford finished this wall with reclaimed wood treated in a manner so that the wood looks singed and charred, as if it has survived a fire. The treatment adds another layer of time to the interior.

The open tread stairs with the near-transparent railings add another touch of modernity and additional light to the stairway.
The bedrooms are on one level lower than the main living, and a family space is on the lowest level. I photographed only the main level.
When I photographed the home, I had a vivid memory of arriving in Park City in 1968, when dilapidated miners’ homes were the only choice of where to live. I could never have predicted the changes. I guess that’s why I am a photographer and not a property developer. 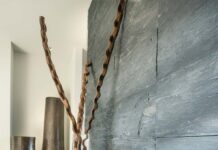